Phasing out single-use plastic products by 2019: By early 2019, all plastic items including straws, plates, cups, take-out boxes and take-out utensils from MGM’s restaurant outlets would all be phased out and where possible replaced by eco-friendly alternatives. As for the phase-outs, MGM recently joined with MGM Resorts International, its parent company, in taking the step to serve straws only request. Once the plastic ban is fully implemented, it is estimated that we are eliminating more than 860,000 plastic straws and more than 470,000 plastic take-out containers in a year. 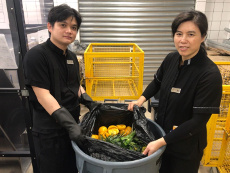 Composting program to combat food waste: MGM already have recycling bins for batteries, paper, plastic, metal and glass, etc. Do you know we also have food waste bins in kitchens? As part of our mission to cut down on greenhouse gas emissions and divert waste from the incinerators, MGM is rolling out a food waste composting program to turn our kitchen scraps into compost, known as “black gold” to farmers. This program could save us at maximum 900kg of food waste a day without affecting the current cooking process, which is about 17% of the amount of food waste at MGM MACAU in a day. Stay tuned for more information on our approach to fight food waste!

Celebrate success in local talent development: On August 16, MGM celebrated the graduation of nearly 900 team members at MGM COTAI’s Ballroom. The graduates completed various development programs including the MGM Management Associate Program, MGM PRIDE program, continuing education programs, and other professional skills and vocational training courses. In 2017, we offered over 200 training courses and an average of 62 hours per team member. Congratulations to all our cohorts for their learning accomplishments! 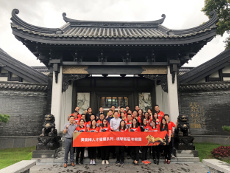 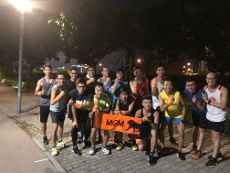 Run together as a group: We are proud to launch the first ever MGM running club. For once every two weeks, all enthusiastic and regular runners are welcomed to join the other runners in the company to explore different parts in Macau during the exercise-- a great opportunity to build our tenacity and strengthen the team spirit.

Congratulations to MGM’s Fencing Team on winning another gold medal in one of the biggest international fencing competitions in Taiwan! Our Fencing Team competed with over 1,400 fencers, represented by three team members. Ms. Christine Liu, Executive Director of Housekeeping, won the gold medal in the Master Women's Epee; Jason Chen from Facilities Management Operations and Andrew Lei from VIP Operations also took part in the Men's Epee Open, with laudable finishes in the 2nd round.

Premiere homemade short film at "Let's Develop Healthy Interpersonal Relationships" roadshow: On August 29 and 31, the roadshow was held at both MGM COTAI and MGM MACAU, including series of fun games, quizzes and counseling opportunities on the topic of maintaining a healthy social life and interpersonal relationships. On August 29, MGM's third homemade short film “Reach out and open up”, starring our own team members again, premiered at the roadshow as part of our Employee Assistance Program. 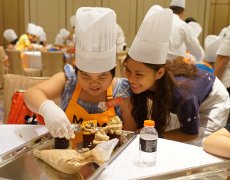 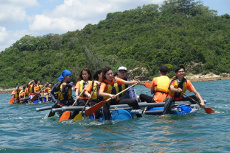 Community Care campaign: Our community programs occur throughout the year; however we also hold an annual dedicated campaign. For the seventh consecutive year, MGM has held its annual Community Care Campaign with a host of initiatives to spread kindness and share our passion with our community.

This year’s campaign has involved more than 300 MGM volunteers, including our senior management executives and our staff family members, which have delivered more than 1,500 hours of their time to give back to more than 700 members of our community. Spending a day with MGM: On August 14 and 17 at MGM MACAU, and on August 23 at MGM COTAI, we welcomed 88 local teenagers aged between 13 to 17 to “A Day with MGM”, MGM’s annual summer program for local youth to unleash their potential by giving them hands-on working experience at a luxury integrated resort. This summer, the participants, including children and siblings of MGM team members, members from Sheng Kung Hui Macau Social Service Coordination Office and General Union of Neighborhood Association of Macao, were encouraged to go behind the scenes with senior staff from 16 different departments at MGM MACAU and MGM COTAI, and learned about the daily operations and work culture of the company.