Starting from next issue, our MGM Sustainability Newsletter will undergo some enhancements, and will be blasted out quarterly. Thank you for your continuous support. We look forward to sharing with you our community and sustainability highlights in the next issue, which will be released on April 15, 2020.

MGM COTAI has won the Energy Saving Concept Award January 14 at the “Macau Energy Saving Activity 2019” award ceremony. The Activity, co-organized by CEM and the Office for the Development of Energy Sector, honored MGM COTAI for its outstanding and innovative implementations in minimizing energy consumption. Meanwhile, MGM MACAU also received the Hotel B Category – Excellence Award on the same occasion.

The annual Activity is aimed at encouraging residential customers, property management companies and the hotel industry in Macau to save energy and jointly accomplish the government’s vision of “Building a Low Carbon Macau, Creating Green Living Together”

Walk for a Million 2019: On December 8, MGM participated in the 36th “Walk for a Million”, Macau’s major annual charity event run by Readers of Macao Daily News Charity Fund. In addition to donating MOP600,000 in support of this meaningful event, MGM organized 900 team members to join the charity walk with their family.

Sending festive blessings to our community: During the Christmas season, we presented eight handmade eco-Christmas trees and 900 hand-knitted scarves to our community partners, including Macau Federation of Trade Unions, General Association of Neighborhood Union, Women’s General Association, Fuhong Society, Concordia School for Special Education, as our gifts to spread joy and warmth.

Celebrating the 12th Anniversary of MGM MACAU: We hosted a carnival-themed celebration party for all MGM team members on December 18 as a token of appreciation for their dedication and hard work throughout the years, where they enjoyed a special menu served up by senior management members, complete with lucky-draws, performances, fun games and a photo booth. To mark the 20th anniversary of MSAR and our shared journey with the community, we presented a special anniversary film titled “MACAU x MGM” produced by our team members, recapping all the great moments achieved by our team and Macau in 2019. 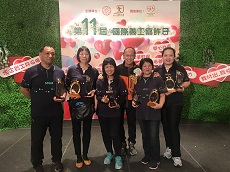 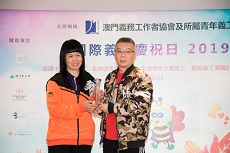 Team members explored the legendary history of our Motherland at a visit to the“70 Years of Chinese Folk Memory Exhibition”. Through arranging the visit, MGM hoped to offer an opportunity for team members to explore the history of the People's Republic of China from the very first day of its establishment, revisiting the legendary journey from the perspective of civilians.

Assimilate into national development through education trips to the Mainland: Encouraging team members to keep pace with national development, MGM recently organized education trips for trainees of the Management Associate Program (MAP) and associates of PRIDE Program who visited Bellagio Shanghai of Diaoyutai MGM and Hengqin respectively. The trips allowed them to realize the market trends in mainland China beyond their usual perspectives. 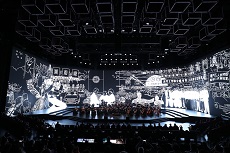 MGM was proud to be the venue sponsor for Back to Common Roots Orchestra Concert , which took place at MGM Theater on December 15. Organized by Bank of China, the concert was a celebration series for the 20th anniversary of the Macau SAR. The major orchestra piece of the concert, Back to Common Roots, was the work of renowned composer Lam Bun-Ching who took inspiration from the illustration artwork of the same name by local artist Lok Hei. While immersing themselves in the wonderful piece performed by the Macau Youth Symphony Orchestra, the audience was able to appreciate Lok Hei’s hundred-meter-long illustration that relates Macau’s stories in the past 400 years through the world’s largest permanent indoor LED screen at MGM Theater. 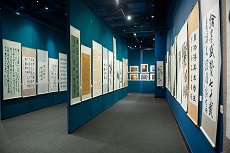 MGM supported the Chinese Ink Painting and Photo Exhibition by Macau and Qingdao Labor Union,which took place at MGM MACAU from December 18 to 31. As a celebration of Double Jubilation, the exhibition featured over 160 pieces of calligraphy, ink paintings and photographs by artists and workers from Qingdao and Macau. It also fostered the exchange over arts and culture between the two cities. 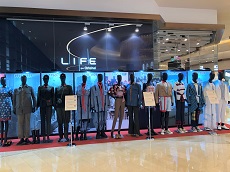 The exhibition of “Celebration of the 70th Anniversary of the Founding of the People’s Republic of China: Chinese Classical and Fashionable Apparel Creation” was held at MGM COTAI on January 4 to 10. Organized by the Macau Productivity and Technology Transfer Center (CPTTM) and supported by MGM, this exhibition revealed the changes of modern and contemporary Chinese fashion since the founding of the Country, with the aim of promoting the essence of Chinese culture.