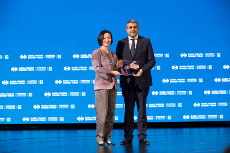 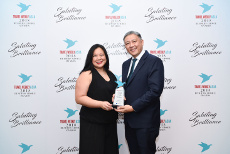 Congratulations to our HR team for receiving 11 awards at HR Distinction Awards 2018! For the third year running, MGM’s Human Resources team was acknowledged by a jury of HR heads from all around Asia, for the company’s commitment to employee development and wellbeing.

On October 12, MGM won five gold awards in Excellence in Employee Wellbeing, Learning and Development, Workplace Culture, Compensation and Benefits and HR Digitalization; three silver awards in Excellence in CSR strategy, Employee Development and Organization Development, as well as two bronze awards in Work-life Balance and Innovative Use of HR technology. As the cherry on top, MGM was bestowed with the honor of "Grand HR Winner", in recognition of its dedication to providing the best possible workplace. 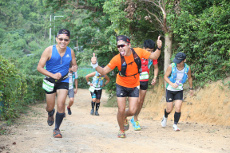 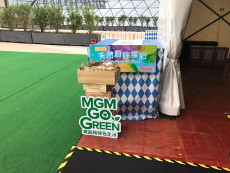 Exploring the Greener Side of Macau: On November 3, the 9th MGM Macau Eco TrailHiker attracted 2,700 hikers and runners in 675 teams who ran together along the natural trails in Coloane. This year, MOP400,000 was raised for the Association of Rehabilitation of Drug Abusers of Macao (ARTM) and the Association of Parents of the People with Intellectual Disabilities of Macau (AFEDMM).

Following a “think reusable, not disposable” mentality, MGM Eco TrailHiker not only brought memorable moments to the community, but also raised the eco-consciousness in Macau. Paper certificates were replaced by electronic certificates; participants are encouraged to bring their own bottles to the event. For the very first time, MGM-made organic kitchen compost were given away to the public at the event. Recently, MGM horticulture team also started to use the compost for the shrubs at MGM COTAI’s and soon it will be used in the poolside garden.

Congratulations to all the participants and a big thank you to all the MGM volunteers for making this a memorable and special day! 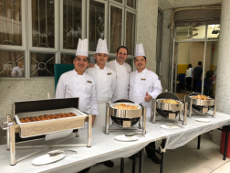 Celebrating International Chef’s Day with the community: On October 20, MGM participated in a local charity event at Associação dos Familiares Encarregados dos Deficientes Mentais de Macau, organized by the Macau Culinary Association, to serve a lunch buffet for around 70 people. They all had an enjoyable time and created some great moments together to celebrate the International Chef's Day.

Hospitality Exploration Tour: On October 16, MGM hosted the second round of "MGM Hospitality Exploration Tour for Macau Secondary Schools", aiming to not only inspire the students by broadening their horizons, but also empower them by providing development opportunities in hospitality industry. Officials and faculties from six local schools and organizations, including the Labour Affairs Bureau, Escola Secundária Luso-Chinesa de Luís Gonzaga Gomes, Millennium Secondary School, Kwong Tai Middle School, Lingnan Middle School and Saint John De Brito School, were invited to a hospitality tour and learn more about the growing demand in the market for tertiary students.

Giving blood saves lives: On October 19 and 31, MGM held its annual blood drive at both MGM MACAU and MGM COTAI, contributing to the Macau Blood Transfusion Center. A big thank you to our Golden Lion Team members for showing empathy and perpetuating lives through giving the gift straight from their hearts. 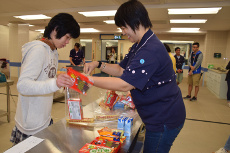 Inclusive Skills Competition: On October 21, MGM was invited as the only enterprise in Macau to participate in the Food Packaging Competition organized by Macau Special Olympics (MSO). To fully unleash the potentials of the participants, 20 MGM volunteers stepped in to help the MSO members when needed and showed the know-how together through interactions, promoting the significance of social inclusion. 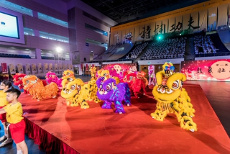 Celebrating with Lion Dancers: On October 28, MGM Junior Lion dancers were invited to celebrate the 19th Anniversary of the Return of Macao to the Motherland. On the same day, MSO Lion Dance Team sponsored by MGM also performed at “Hug for Love” Carnival and Photo Exhibition by Macau Down Syndrome Association. 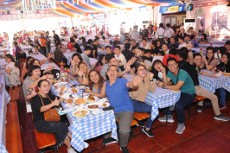 Exclusive Oktoberfest Employee Day: On October 27, we held a special session in Oktoberfest, exclusively for MGM employees and their beloved families, inviting a total of 500 team members and families to celebrate the 10th anniversary of the Oktoberfest together. 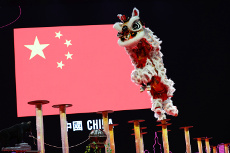 Lion Dance Championship: On November 10 and 11, The “MGM Lion Dance Championship – Macau International Invitational 2018” came to conclusion in a glorious ceremony at MGM Theater at COTAI, featuring the very best lion dance troupes from 13 countries and regions. Besides the competition, MGM also hosted an unique workshop for everyone to explore the traditional art of lion head painting with the masters invited from Guangzhou.