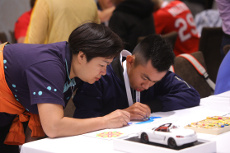 The conference highlighted the importance of creating a more welcoming world for us all, where our individual differences are appreciated and respected. In tandem, MGM also organized an art workshop for over 100 athletes with disabilities, under the guidance of local artists as well as MGM’s Volunteer Team. This conference was held in parallel with the Golf Masters, which took place between April 18 - 20, and welcomed athletes to Macau from around the world. Several of our senior executives paired up with the athletes to vie for the tournament trophy in the spirit of teamwork, competition, and camaraderie. 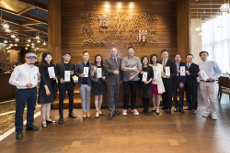 Exchange sessions with our culinary team: To celebrate the “2018 Macao Year of Gastronomy”, on April 20, MGM organized an ideas exchange session on how to enhance the city’s gastronomic development with art and cultural elements between one of MGM COTAI’s consulting celebrity chefs, Chef Graham Elliot, and the Task Group for the Promotion of Gastronomy and Committee of Cultural Industries of the Macao SAR Government.

In addition, to inspire and encourage interest in the culinary field, MGM COTAI hosted a culinary workshop for aspiring chefs and those interested in a career in F&B to get a glimpse of the inner workings of a large-scale kitchen at an integrated resort as well as receive advice from our experienced team. This was in conjunction with the Culinary Apprenticeship program organized by the Labour Affairs Bureau of the Macao SAR Government and Macao Federation of Trade Unions. 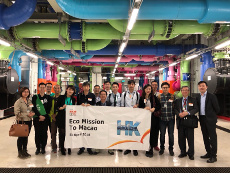 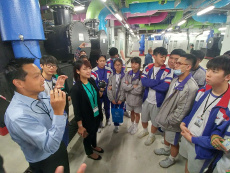 Green building tours for the community: MGM arranged a series of tours to share on the green aspects of MGM COTAI for the community, including a tour for the business sector through the Hong Kong Trade Development Council, and for local students from Pui Va Secondary School. The tours gave the participants the opportunity to go behind the scenes at MGM COTAI and experience the environmental sustainability highlights of the property such as the green guest room features, the company-wide recycling operations, the expansive array of biodiversity within the property, how the energy-efficient chiller plant works, as well as other elements that integrate sustainability into all departments, from Food & Beverage to procurement. 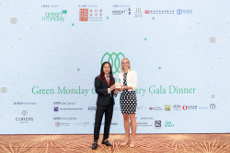 Recognized as a Green Champion at the GREENovation Conference: On April 23, MGM participated in the “The Future of GREENovation Forum 2018”, with the theme being “the green economy in light of climate change and food safety”. MGM MACAU was awarded a Green Champion Award at the Green Monday Gala Dinner with the award being presented by Mr. Calvin Choy from Hong Kong’s Grasshopper for its steps taken in promoting Green Monday. MGM’s Director of Sustainability also shared on MGM’s corporate sustainability program at the conference the following day. 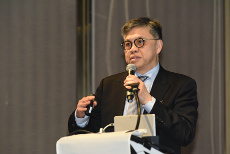 Presenting on MGM COTAI’s innovation in facilities management: On April 23, MGM’s Executive Director of Engineering, Mr. Peter Chan, presented on the technical innovation employed at MGM COTAI to maximize resource efficiency at the ASHRAE MACAO Technical Seminar and Global Sustainability Give Back Week. 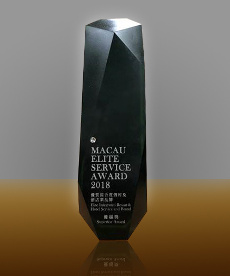 Employee Assistance Program – “Live a Joyful Life” Roadshow: On April 24 and 26, MGM held an employee roadshow including fun games and educational activities centering on the topic of the importance of maintaining good mental health and overcoming negative for employees both at MGM COTAI and MGM MACAU.

First Golden Lion Award Ceremony held at MGM COTAI: Launched in 2014, the Golden Lion Award Ceremony is our recognition program which recognizes 160 employees at a special ceremony led by our company CEO for their hard work, dedication and excellence. On April 24, we are proud to have launched this signature program for our employees at MGM COTAI.