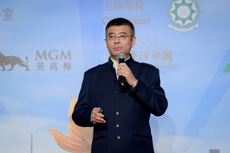 MPI CSR National Education Forum: On October 27, MGM participated in the Forum on Macao Integrated Tourism and Leisure Enterprises and Corporate Social Responsibility, with the theme being “Supporting China’s Development and Promoting National Education”. The Forum included presentations from all 6 integrated resorts in Macau, as well as from the Macao Federation of Trade Unions and the Macao Polytechnic Institute. MGM’s SVP of Finance & Chief Financial Officer, Mr. Hubert Wang, presented on MGM’s commitment to promoting Chinese culture and strengthening bonds through initiatives such as Chinese art exhibitions, MGM’s Annual Lion Dance Championship for Macau residents and tourists, as well as well as through tours and educational seminars for employees to further understanding of China’s national development. 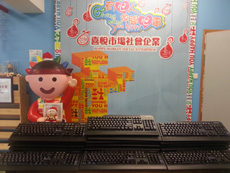 Donation to Fuhong: Wherever possible, MGM aims to donate leftover furniture or appliances to those in need, rather than let them go to waste. On October 19, MGM delivered 100 computer keyboards to Fuhong, a community organization dedicated to helping those with disabilities, for their Happy Market – a market run by members of the Fuhong to bring perfectly useful goods to the community, whilst also raising funds for their organization.

Orbis Flying Eye Hospital: For 8 years running, MGM has been the largest corporate donor to the Annual Orbis Raffle Sale, raising funds for an organization that brings the gift of sight to communities around the world. To thank MGM for our continued contribution, Orbis arranged a tour of their hospital, which is situated on a jet! The Flying Eye Hospital travels the world training medical professionals and performing life-changing eye surgeries. 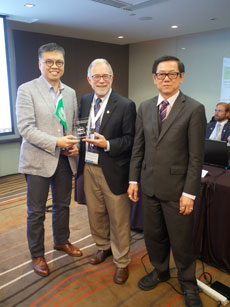 Recognition for leadership in energy management: On October 18, it was announced that MGM is recipient once again of the ASHRAE Regional Technology Award for 2016, one of three winners in the Asia-Pacific region highlighted for best practice and innovation in energy management. Since 2008, MGM has reduced energy consumption by 28%, even despite high visitor numbers and an increasingly warming climate. 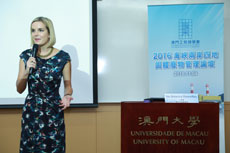 In a separate talk on November 4, MGM also shared on its waste management program in a forum organized by the Institute of Engineers (AEM). The Two Coast Forum on Sustainable Waste Management welcomed professionals in the field of waste management from Macau, Hong Kong, Taiwan and Mainland China for discussions on how to combat issues related to waste management.

PRIDERS take on the outdoors: On September 30, the Hac-Sa Reservoir Country Park was filled with PRIDERS. In amongst nature, sunshine and fresh air, 30 PRIDERS from our PRIDE Program’s Specialist Track (a development program for high performing team members) enjoyed hiking, rafting, and other fun outdoor games – with the aim to build comradery, team spirit and decision-making skills.

Awareness raising for responsible gaming: As part of our continuous responsible gaming awareness raising program, this November, MGM began a 3-week campaign centered on the warning signs of problem gambling, and only playing within one’s means. On November 11, MGM organized an internal Responsible Gaming Roadshow, including games and competitions for all employees to learn whilst having fun. It also kicked off with the premier of an MGM-produced short film on the importance of responsible gaming, starring MGM’s own employees! This will be followed by a workshop on November 18 entitled “Gambling with Borrowed Money is Harmful”. 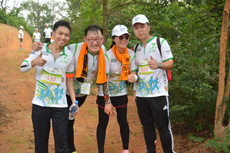 The Macao Eco Trailhiker: On October 29, 200 team members once again joined the Macau Eco Trailhiker – testing fitness and enjoying Macau’s natural beauty. Congratulations to all 50 teams in taking on the 10km and 30km challenges through the terrains of Taipa!