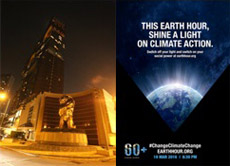 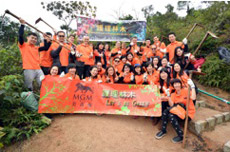 Vote now for the Let’s Waste Less Champion!: As part of our Let’s Waste Less Campaign, our team members got creative in the Recycling Bag Design Competition, where trash became treasure with the use of diverse items such as recyclable plastic bottles, magazines, packaging, upholstery materials, guest room key cards and newspapers, to create a stylish bags. The Let’s Waste Less Masterpieces are now proudly on display back-of-house at MGM, reminding us that our waste streams include a treasure chest of items that are needlessly thrown away and instead could be reduced, reused and recycled.

Employee voting is open now on MLife INSIDER until April 19.

This campaign is in support of the 9th Macao International Environmental Co-operation Forum & Exhibition which took take place from March 31 to April 2, focusing on the theme of waste reduction. MGM was an active supporter of this worthwhile and collaborative event where businesses, government and community came together to raise awareness for a cleaner Macau. 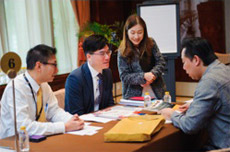 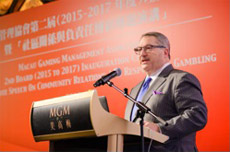 Celebrating Easter with Concordia School: To share in the Easter festivities, our MGM Volunteer Team visited Concordia School for Special Education to host an Easter party for a group of over 50 children. Easter eggs galore, a magic show, singing performances and other games were all part of the egg-citing afternoon!

Orbis EYE Care Raffle: We are proud to once again join with Orbis Macau to support eliminating avoidable blindness worldwide. At only MOP10 per ticket, you can contribute to saving sight and transforming lives.

Today is the last day to purchase tickets!

Distributing Food Hampers to Macau Holy House of Mercy: On April 2, MGM donated MOP300,000 to the Holy House of Mercy’s Welfare Shop to help distribute food hampers to over 360 disadvantaged households in Macau with the help of our MGM Volunteer Team. Over the last four years of supporting the Welfare shop, MGM has contributed a total of MOP1,100,000 benefitting over 1,230 households.

542 new deals worth MOP8 million with local small and medium-sized enterprises: At the end of 2015, MGM launched a targeted program to support local small and medium-sized enterprises (SMEs). In just five months, we are delighted to report that 430 local SMEs have participated in our SME Business Matching Sessions and 542 deals worth more than MOP8 million in total have been signed between MGM and over 100 vendors.

Responsible Gaming: On April 6, MGM sponsored the 2nd Board Inauguration Ceremony & Keynote Speech of the Macau Gaming Management Association and invited Mr. Alan Feldman, Chairman of the National Center for Responsible Gaming and Executive Vice President of MGM Resorts International Global Affairs, to give the keynote speech at the event. Mr. Feldman also delivered comprehensive training to team members during his visit.